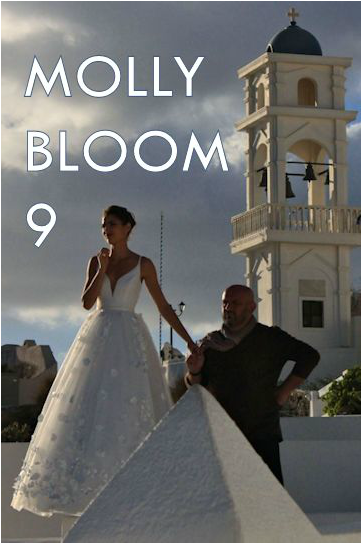 An early contributor to Molly Bloom, after the long-ago print magazine acquired online status in 2013, remarked privately that he was getting in sharp because, according to his observation and experience, new magazines tended to last just three issues. The original Molly didn't last that long - but with this issue the web-only version triples that predicted span, and completes her first three years with plenty of life left in her yet.
Though there are no set themes, each issue of the magazine seems to establish a distinctive feel of its own. I knew, from the moment I received Simon Smith's thrilling excoriation of today's England that this would be an exciting issue to produce and so - I hope you will agree - it has proved. Not every piece here is so overtly political, but a strong sense of critical engagement with the times runs through most of this work: Rachel Lehrman's Rewind is another powerful instance, and I was delighted to be granted permission by Marc Atkins and Rod Mengham to reproduce their stunning film Where Suns Lie, a masterful work of art that resonates compellingly with Molly Bloom and her editor.
Don't take my word for it, though - every writer named below has provided poetry I am proud and privileged to present, and which I commend to you heartily. Get stuck in.