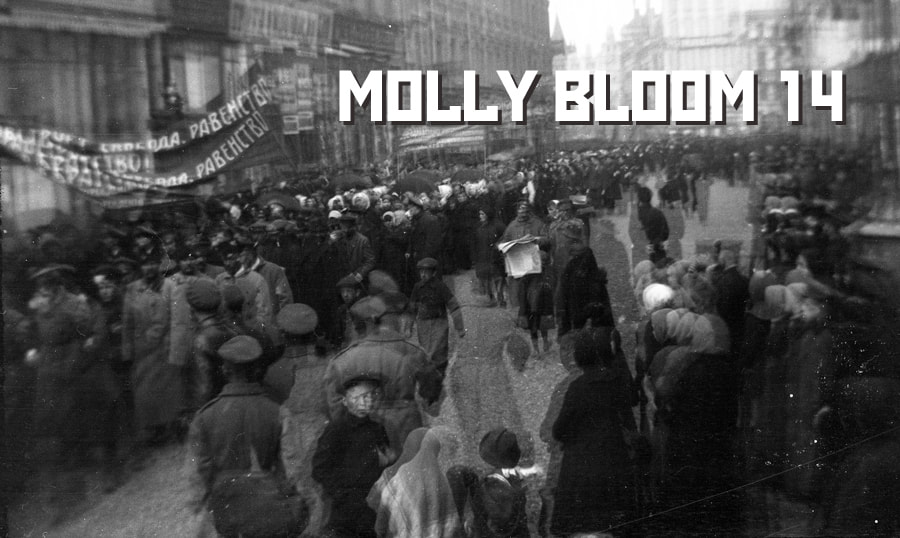 It’s partly the ghostly effect created by the double exposure that captures and holds the attention, partly the sense of history, partly the face of the boy in the foreground, staring directly at the camera – wielded by my grandmother, Vera Hourwich, in the street near her apartment in Petrograd in that cataclysmic year 1917. It’s partly the combination of the ordinary with the extraordinary. The marchers appear to include both uniformed military personnel and ordinary working people, many in scarves, some wielding umbrellas. One would love to know what the feeling of the onlookers is towards the marchers. And what news or opinion the soldier near the centre of the shot is reading in his newspaper. The banner wielded by the marchers reads: “Bratstvo, svoboda, ravenstvo” – fraternity, liberty, equality. Words with an inescapable resonance. It seems, all in all, an appropriate image to act as cover to a poetry magazine appearing exactly a century after it was taken.